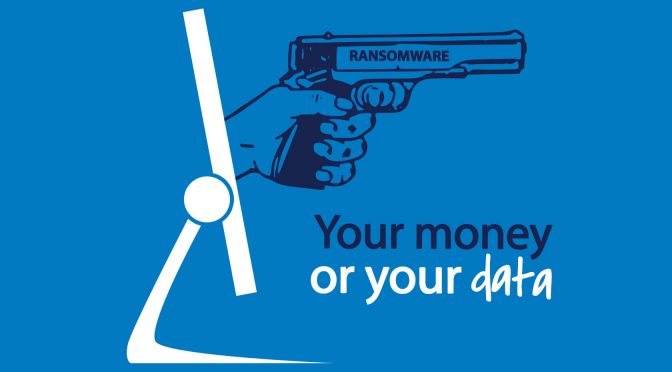 Ransomware is on a rampage, seizing control of personal computers and institution-wide networks and encrypting files to make them inaccessible until a ransom is paid to release them.

In just the first three months of 2016, reported attacks have increased tenfold over all of 2015, when the FBI received about 2,500 Ransomware complaints about incidents that cost victims $24 million. And the $209 million paid to cyber crooks from January to March is likely only a fraction of actual losses, as experts say the majority of attacks go unreported. Meanwhile, cyber security sleuths report that new strains and variants are being developed (typically by cyber crooks in Eastern Europe), some specifically to elude security software.

Ransomware infects computers when people click on a malicious link or attachment. In recent weeks, schemes have included mass-sent emails that claim “Your package has been successfully delivered” (the infected link promises details of “the proof of delivery”) and, to coincide with the new season of Game of Thrones, a scam targeting eager-to-watch fans at a popular file-sharing piracy website.
This type of malware then locks computers, usually displaying a notification that its contents have been encrypted and are being held hostage until a ransom is paid. Victims who pay the ransom usually receive an emailed “decryption key” that unlocks the system and releases the files. If the cyber crooks are not paid within a short period — a nerve-wracking countdown clock is included — they threaten to, and usually do, delete the files.

Ransom amounts for individual computer users typically range from $200 to $800 (but they can be in the thousands), demanded in untraceable digital currency known as bitcoins. But increasingly, there are bigger and more profitable targets: the computer systems of hospitals, schools, city governments and even police departments. So far this year, at least six major health care systems have been victimized, including Hollywood Presbyterian Medical Center in California, which paid a $17,000 ransom in bitcoins, rather than risk losing its patients’ medical records and other crucial files.

“Ransomware attacks are not only proliferating, they’re becoming more sophisticated,” the FBI notes in a new warning. “Because email systems got better at filtering out spam, cyber criminals turned to spear phishing emails targeting specific individuals,” sending more believable correspondence that addresses you by name.

1. Regularly back up the contents of your computer with an external hard drive or CD-ROM. If you keep offline copies of important files, photographs and the like, ransomware scams will have limited impact.

2. Use reputable antivirus software and a firewall. Keep software updated and set to accept security patches, as they become available, to combat ransomware and other threats. Run scans several times a week, if not daily.

3. Click wisely. Don’t click on any emails or attachments you don’t recognize, and carefully read body text and links, looking for spelling and grammatical errors. Some malware-laden links purport to come from legitimate businesses, but the sender’s address may end in Gmail.com, Hotmail.com or another free email service.

4. Enable pop-up blockers. Criminals regularly use pop-ups to spread malicious software. Preventing pop-ups is easier than making accidental clicks on or within them.

5. Avoid free online offers for screen savers and games unless you download them from trusted websites.

6. Go to the real source. If you are expecting a delivery (or news that one was made on your behalf), don’t trust “proof” provided in emailed links. Go to Amazon.com, FedEx.com, UPS.com, USPS.com, etc., for legitimate tracking or delivery news.